The Leader Simple - The Way

Have you ever had one of those moments where you just felt lost? If you haven’t, you’re extremely rare. 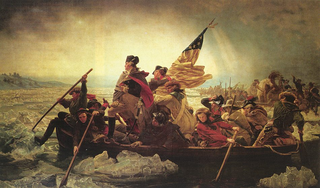 Most of us, at some point, sit on the edge of our beds and wonder why the heck we ever got out of bed. A few years back, I had one of those moments at work. A good friend walked into my office and could tell something was wrong, so he asked the obvious question: “What’s wrong?” I mumbled a few incoherent things and then asked him to close the door.  As he sat down, I said, “Have you seen that picture of George Washington crossing the Delaware River?” He told me he had, so I went on: “That’s what I need, someone standing up in the boat, pointing the way.”

Now, I was recalling the painting from memory. Later, when I actually got a copy to hang on my office wall, I was surprised to see that General Washington was not actually pointing the way; he was just standing in the boat, looking in the direction they were headed. However, if you’ve ever studied this painting you see that a  few officers are looking in the direction of the opposite shore, and the rest of the crew are busying themselves with rowing, or pushing ice out of the way, or just trying to keep warm. It was enough that Washington knew where they were all going. No one else needed to be worried with that task.

This is The Way Simple.

“Where there is no vision, the people perish.” This saying from ancient Jewish writings is a stark reminder of how important it is to show the “way.” 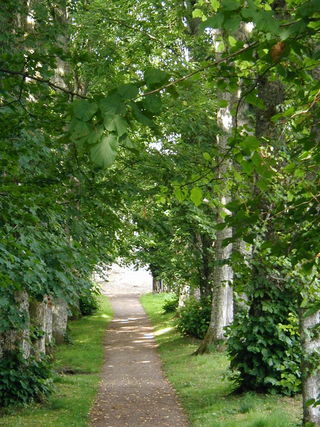 Thomas (you might know him as Doubting Thomas) starts Jesus down a line of discussion when Thomas responds to the announcement that Jesus is going away, and His followers can meet Him there at some later date because they know the way. Thomas says back, “We don’t know where you are going, so how can we know the way?” Isn’t this just like us? Details—we need details. Jesus doesn’t give a physical answer, but a spiritual answer: “I am the Way . . .” This takes me back to General Washington; As the future first president stands in the boat, he’s the embodiment of “the way.” No one has even the slightest question about where they’re going. One glimpse of him standing there, and you know where you’re going.

To give a vision to your people, your family, or any follower, it must be clear and well communicated—but most of all, you must embody that vision.

This is not for the weak. You must be willing to stand your ground and die for what you believe in. There’s no changing your mind halfway through the project. This requires relentless preparation.

Rudy Giuliani has a book entitled Leadership. One of the topics in this book is “relentless preparation.” You cannot be an effective leader without relentlessly abandoning yourself to preparing. If you give a vision without adequate preparation, you’ll probably end up changing that vision because of something unforeseen. If you’re to communicate a vision to people, you better be prepared to back it up with details and how you’ve thought through everything.  One of the biggest frustrations I see with leaders of companies is that they often give a vision to their staff that they know has not been thought through. 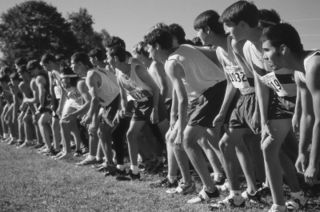 All of us understand that, at times, you have to turn the ship quickly to avoid pitfalls or react to changes. But for the big projects or initiatives, you should share no vision until you’ve at least fleshed out the details to the point where you know the vision is solid. Never. A vision without preparation is a recipe for destroying confidence in leadership.

Think through your vision, and prepare for inevitabilities as well as the unknown as much as you can.

Scenario planning is one way you can make great headway in the preparation area of showing the way. Many books can give you guidelines and templates for scenario planning, so I won’t go into that here. But you should look at the history of Shell Oil to get a good glimpse of what scenario planning can do for you.

I won’t give you the whole story here, but the team at Shell Oil did several scenarios of what the world supply of oil would look like in the future. The scenario that seemed most likely included an oil shortage that began with trouble in the Middle East. Through this scenario, the planners at Shell Oil recommended to company leadership to drill for oil in the North Sea, despite the cost of doing, so because the return on investment would be high when the Middle East oil crisis came. They were right, and it paid off. It’s a fascinating story that you should really take the time to read. I found the details in a book on business strategy, The Art of the Long View: Planning for the Future in an Uncertain World by Peter Schwartz.

The one area of leadership that you can’t afford to skip, or even skimp on, is preparation.

After preparation comes communication. Communicating the way is where vision takes on flesh. Dictionary.com defines vision as “a mental image produced by the imagination.” Until you convert that mental image into concrete communication, it’s just a thought. Through the relentless preparation 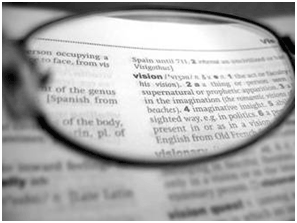 process, you should be able to completely communicate what the vision is. Here’s a test: if you can’t clearly communicate your vision, even in the midst of some hard questions, you haven’t done enough preparation. Here’s another test: if you call people “negative” when they ask questions about your vision that you can’t answer, you haven’t done enough preparation. Go back to the start, and don’t try to communicate vision without preparation. That would be like a five-year-old trying to fly a 747. The ground is hard, and it comes really fast.

You must be able to clearly articulate where you’re going and how you’re going to get there in order to effectively show people the way. Also, you cannot embody the way if you don’t know it yourself. Your staff, family, and volunteers need to know, with one look at you, that you know the way intimately. If they can’t see this, you haven’t done enough preparation. This is why leadership is so hard and not for the weak of will. Anyone can spout off a vision they’ve read in a magazine on a cross-country flight. It takes a true leader to take the time to prepare enough (and care enough for his or her people) to answer the tough questions.  This takes time that you may feel you don’t have.

If you don’t take the time up front, how much time will be wasted by your entire organization due to your lack of preparation and communication?

The biggest task in sharing vision is telling the truth—passionately.  So many leaders I know are good speakers, but not good leaders. They know how to get a rise of emotion out of their staff through passionate pleas, but without the truth, it’s just words. The more this happens, the less people listen. We’ll spend more time on telling the truth later in the book, but at this first stage, truth is vitally important when you show people the way. Unless you tell the truth the vision is worthless. We need to see both sides and understand the exciting goals as well as the dangerous pitfalls along the way. What are the downsides, and what are the upsides? Here’s another test: if you don’t see any downside or potential pitfalls, you haven’t done enough preparation.

Truth and passion. Veritas et fervidus. I love putting phrases up on my wall to remind me of what I should be doing.  It’s the combination of these two that makes a good leader, great.

So, first you start with ample preparation for the way, and then you move to being truthful and passionate in communicating the way. The final step to this first section is to Clear the Way.

Now, I’m not talking again about making communication clear. I’m talking about clearing the way for people to get moving along the way. It’s vitally important for you to remove as many obstacles as you can so that those who follow can make progress quickly. This may be under the heading of resources, organization, location, or many other areas in which you can remove obstacles.

To effectively help people along the way you intend them to go, you must make sure the way is clear.

Part of this goes back to the relentless preparation in making sure that there won’t be huge, 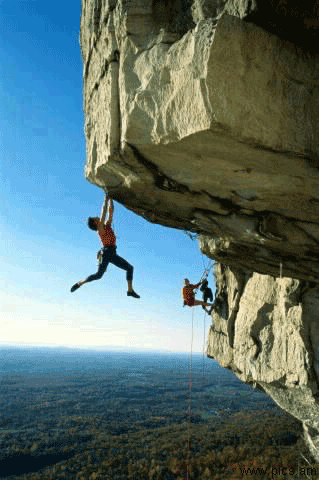 unforeseen roadblocks, and part of it comes with adjustments around your people, in the beginning and along the way.

My son is a skateboarder and works at an online skateboard company.  Once in a while brings home a skate movie for us to see the incredible stunts that the skateboarders do off of big drop offs and down handrails and over walls and cars, etc.  Now these guys are professionals at what they do and I’m always amazed at the obstacles they jump and how high they can get while catapulting over something in their way – all the while twisting and flipping their boards.  It’s pretty amazing.

Every once in a while on these videos though you get a quick look behind the scenes and see the horrendous crashes and outtakes where they didn’t actually make that jump.  It’s pretty frightening and they often get really hurt.  My son and his friends have had plenty of trips to the ER.  We joke that they know his name!  One thing the videos also show is how much time it sometimes takes to prepare the area these skaters are skating.  These guys bring out the brooms and walk the runs they are planning to do to remove any obstacles from their path.  It’s not part of the fun, but it is critical to get even the smallest rocks off the path as even a tiny pebble will cause a skater to do a faceplant!

The same is true in leadership.  Unless you walk the path before you at least mentally to look for obstacle, those following you may end up on their faces with you beside them.

Now obviously you can’t foresee every problem, but if you miss the obvious ones, your followers will question your judgment next time around.

REVIEWING WHAT WE’VE LEARNED ABOUT THE WAY SIMPLE

As you show the way to those around you, remember these four areas:

1. Embody the Way – Let people see that you’re intimately involved in the vision and that they can trust that you won’t change.

2. Prepare the Way – Make sure you do your homework and know that the way is the right way to go. Relentless preparation is a key to success.

3. Communicate the Way– Veritas et fervidus. Tell the truth passionately. Make sure your people see both sides, but they should also see your passion for the way.

4. Clear the Way – Foresee and remove any barriers or obstacles that could block progress. Be ready to step in should unforeseen obstacles come into play.

Next - The Truth Simple

The comments to this entry are closed.